By Autumn - April 12, 2016
I would like to introduce you all to author Coreena McBurnie below is a guest interview and she has been very generous to do a giveaway for an ecopy of her book Prophecy.

An ancient princess, hidden prophecies, impossible choices…
Sixteen year old Princess Antigone, daughter of the infamous ancient Greek King Oedipus, wants to lead a normal life and fulfill her duty to the gods, her city, and her family, but fate has other plans. The Olympian gods bless her, the snakes talk to her, her parents want her to marry a foreign prince, her embroidery looks like burial shrouds for dogs, and she has fallen in love with the wrong boy.
When the mysterious and devastating prophecies surrounding her family are revealed, Antigone must choose where her allegiance lies: With the gods who have betrayed her family but who she is obliged to serve? With her plague ridden city? With her family which lay in ruins? Or even with herself?
In Prophecy, Book One of the Antigone: The True Story series, Antigone steps out of the shadows of the past to tell her own story, a story where truth of history is stranger than the fiction of myth.

1.) Do you have to have matching colored socks?

No, I usually have mismatched socks.

2.) Favorite book that you could read over and over?

The Odyssey by Homer.

3.) Have you ever had a nightmare and were able to remember it?

Yes, I have a horrible one about being chased and I'm screaming for help, but I can't make any sound.

Yes, I have a cat named Izzy.

5.) If you could be reincarnated what kind of animal would you want to become?

6.) One place you would love to live or at least visit?

Greece. I've studied ancient Greece for so long but have never been. It looks so warm and beautiful there, and so full of history.

7.) Where do your ideas come from in your stories?

From Greek mythology. I usually find a character I like then try to explore the motivation behind their actions.

In this scene, the kings of Thebes have called on the blind prophet, Teiresias, to come and tell them who the murderer of the previous king is. They have been told that if they exile this murderer then Thebes will be rid of the plague that is killing its citizens. Teiresias is called and refuses to answer right away, giving all sorts of vague reasons why not.

Here's an excerpt from that passage:

Teiresias held onto my arms tightly, digging his bony fingers into my flesh. "Do you really want to know, Antigone? Do you really want to tear your whole world apart and do something that can't be undone? I won't tell your father, your uncle, your cousin, or your sister. The snakes already know, that's why they're here. Even the earth itself knows and is repulsed and sickened by what has happened. You feel that, don't you? I only hope that your father, the famous, or should I say, infamous King Oedipus, will hold up his end of the bargain and exile the murderer. But you, Antigone, I will tell you the murderer's name, if you really want to know."
Teiresias' fingers were bruising my arms. I barely dared to breath. I had to be strong, like my father. I had to be willing to do anything to help Thebes, just as he was. "Tell me," I whispered. 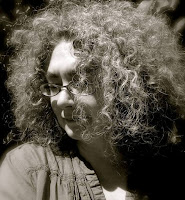 My name is Coreena McBurnie and, ever since grade 5 when I had to do a report on Theseus and the Minotaur, I have had a soft spot for Greek mythology. When I hit university, I was drawn to the Classical Studies department (earning both a BA & MA), where I explored the archaeology and culture of the ancient Greek and Roman worlds — and also where I managed to read Homer’s Odyssey, one of my absolute favourite books, in the original Greek, something which was thrilling for me (I know, sounds crazy, but the poetry and scope of the original text is amazing). After a lifetime of “what is that?”, “why did you study that?”, and “what can you do with a degree in Classical Studies?” I have decided to write novels based in ancient myth and to bring so many of the stories I love to life for a modern audience, with my own spin, of course.


Prophecy, Book 1 in the Antigone Series, is my first published novel. Currently I am working on Book 2 in the Antigone Series, called Fate. I am also in the middle of another novel about Clytemnestra who is notorious in Greek myth for killing her husband, Agamemnon, when he returned home from the Trojan War. I love exploring the motives of strong women in ancient myth.
I live in BC, Canada with my husband, our three kids, and our cat, in a beautiful part of the country, on two rivers, surrounded by ranches, near ski hills, and only a couple of hours drive to the ocean.

Prophecy is available on: 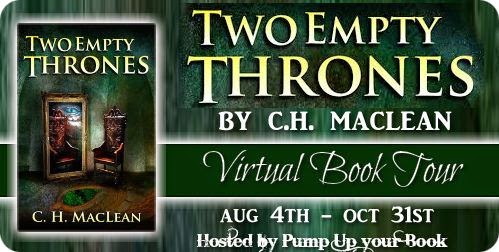